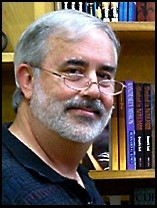 Early stage novel writers are the most content, blissfully unaware of all they do not know. Middle stage novel writers are anxious, each day awakening to a state of ever-diminishing certainty. The more pitiable though are the late stagers, wisely understanding that even a small portion of remaining ignorance might yet be their undoing.

"A fiction writer seeking commercial publication, especially in the development stage, must smartly balance artistic self-determination with realistic market demands. Thus the Algonkian motto: "From the heart, but smart." In this context, when I review an aspiring author's work in any form, I look at what works, what doesn't, and what must be done to resolve the issues... It's that simple, and that detailed."

Michael Neff is a published author, teacher, part-time agent, developmental editor in a variety of genres, and an accomplished novel manuscript editor as well. His first published book, a literary political novel about Washington during the Reagan years entitled ALL THE DARK WE WILL NOT SEE, was published by the distinguished academic press, Serving House Books. A few years later, an urban fantasy, MAGICIANS IMPOSSIBLE, was created, co-edited by him, and published by Macmillan Books in New York. His science-fantasy novels, PIPER ROBBIN AND THE AMERICAN OZ MAKER (pseudonym Warwick Gleeson), and the prequel, WORLD MAKER : THE ASCENSION OF ROMANOVA, have both received multiple awards. The former was chosen by an editorial panel at Kirkus Reviews to be one of their Top 150 Best Books in 2019, and in 2020, it achieved Amazon Best Seller status. The prequel in 2018 won four national book awards for SFF, including First Place in Science Fiction and a Finalist in Fantasy, Beverly Hills Book Awards, as well as the Merit Award for the CIPA EVVY in Fantasy, and Third Place CIPA EVVY in Science Fiction.

Michael Neff is the founder and chief architect of Algonkian Writer Conferences including the famous and highly successful New York Pitch Conference. Novels ushered to commercial publication via his Algonkian-method workshops include GRAVEMAIDENS by Kelly Coon, THE MANHATTAN PUZZLE by Laurence O'Bryan, THE WISDOM OF HAIR by Kim Boykin, ORPHAN 8 by Kim Van Alkemade, DARK TURNS by Cate Holahan, THE GOAT WOMAN OF LARGO BAY by Gillian Royes, and THE FICTION CLASS by Susan Breen, among dozens of others. 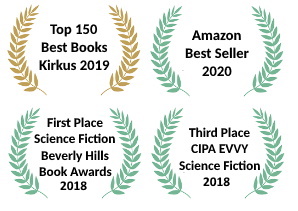 Agent deals and commercial novels in a variety of genres involving Michael as a developmental editor over the past several years include ON MAGGIE'S WATCH by Ann Garvin, MURDER AT BARCLAY MEADOW by Wendy Eckel, THE EDGE OF NORMAL by Carla Norton, THE BLACK PANTHERS by Gina Niccolo, DIE BACK by Richard Hacker, and KARMA CITY by Gardner Browning, among others.

Development Executive for AEI Films and Books (updated filmography at Wikipedia) which produces mainstream, HBO/Cinemax, and independent films, while also agenting best sellers. One of his AEI co-development projects, SISTER ISLANDS, is currently in production for a potential TV series. His screenplay, FIVE ALARM SHIH-TZU (When danger threatens, Shih-Tzu happens), is officially in production, and his latest screenplay, a dramedy entitled KNOCK ON THE SKY, has received four Best 5% "Recommend" reviews from top coverage outfits in Hollywood including WeScreenplay and Indie Film Hustle. His horror screenplay, THE BIG SCARE HOUSE, is still looking for a home.

He publishes the quirky and popular literary journal Del Sol Review, and over the years his own work has appeared in such literary publications as the North American Review, Quarterly West, Pittsburgh Quarterly, The Literary Review, American Way Magazine, and Conjunctions. Twenty years ago, he was one of the winners of the first Imitation William Faulkner Contest sponsored by the University of Mississippi, and since then he has served as judge for various writing contests, including the Writer's Digest Finalist Prize for best short fiction.

Lastly, he is the founding editor, and a major contributing editor to Novel Writing on Edge, a popular source of critical and tie-breaking advice on novel and fiction writing for aspiring authors.